Some cool things that have crossed my path recently:

I saw this piece by artist and designer Dorothy Hafner at the Brooklyn Museum.  (I apologize for the poor quality of the photo!)  Take a look at the good photos of her work that appear on her website, and here and here. 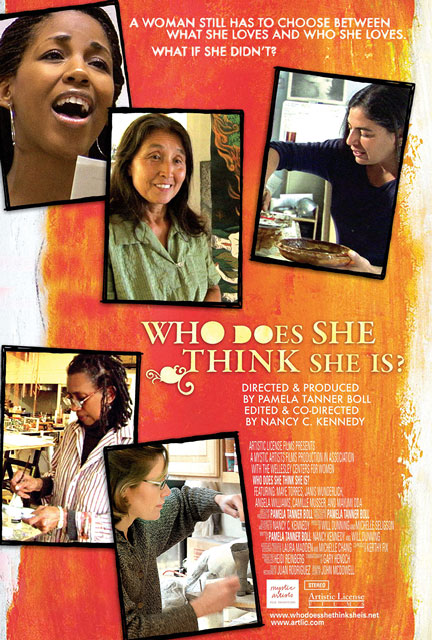 A terrific film is airing on PBS World this week called Who Does She Think She Is? It profiles five women artists who are also mothers and the choices that they had to make to stay in balance in both roles.  It is such an inspiring film which drove me to tears at the end.  I identified so strongly with these women and I could have listened to them speak all night long.  I was especially touched by the stories and work of two of the visual artists in the film:  Maye Torres and Mayumi Oda.

I was captivated by the words of drummer Layne Redmond who spoke of the legends of the goddesses who pre-dated Judaism.  I had been exploring this on my own, wanting to know how my people lived before monotheism and the dogma of religion arrived.  I had read what I could find about Astarte, a goddess of the earth who was revered in the Middle East, and Redmond mentioned her name, saying that she too had been a drummer and that there had been many goddesses depicted in “pre-historic” art as being strong women who carried a drum!

I also fell in love with the paintings of Edith Vonnegut, whose work I’d never seen before.  Visit her web site and take a look around.  She creates stunning paintings of beautiful women as super heroes within the family and as activists around the world.  These aren’t the type of super heroes who wear capes.  These women are full figured nudes and angels.  Any mother could recognize them!

The film is directed by Pamela Tanner Boll and co-directed by Nancy C. Kennedy.

Another film that I highly recommend is Garbage Warrior, which I recently saw on Sundance.  The film is about Taos architect Michael Reynolds who builds beautiful houses called Earthships out of natural materials and discarded tires, plastic and glass bottles, and soda cans.  The film chronicles his career, along with his fight for the right to experiment with design.   It also takes us to the Andaman Islands of  India, where in the course of two weeks, Reynolds and his crew build a dwelling (again out of natural materials and garbage) in a town destroyed by the 2004 tsunami.  As he’s building it, he is teaching his methods to the other engineers, architects and builders from the town.  He’s a very inspiring figure  fighting a crucial battle that could well move us along toward a sustainable way of life.

This photo stopped me in my tracks the first time I saw it.  The look on this girl’s face really fired my imagination. I saw it as a mixture of innocence and knowing, and I absolutely loved the shape and the movement of the wisp of her hair which the wind is blowing across her cheek.

It is part of the exhibition titled GRAB which will be showing at the National Museum of the American Indian, George Gustav Heye Center in New York City through April 17th.

From the NMAI web site:
This exhibition presents photographs by Idris Rheubottom, Tony Craig, and Cybelle Codish, of the little-documented Grab Day. An annual tradition in the villages of the Laguna Pueblo [ . . . ] The photographers worked under the direction of filmmaker Billy Luther (Navajo/Hopi/Laguna Pueblo), whose current documentary Grab follows families preparing for this important tradition. Grab is an official selection of the 2011 Sundance Film Festival.