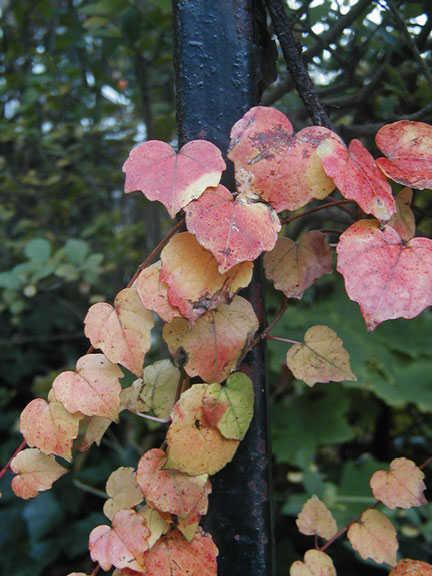 ” . . . the more than 500 advanced cultures on this continent before Europeans arrived – cultures that often shared values with indigenous groups on other continents – developed wisdom that has been carried on by a few people despite centuries of genocide, theft of homelands, and forced assimilation.  Their mission to preserve what is often called The Way is so strong that they are willing to share it with the descendants of invaders who killed 90 percent of their ancestors with war and imported diseases.”

What is not in the least bit good is the fact that we in this country can not seem to tell ourselves the truth on so many counts.  We raise our children on an absolute fiction of our own history, beginning with the story of the first Thanksgiving.  This morning I even heard President Obama echoing a little of it, suggesting that this continent was nothing but wilderness when the friendly Europeans arrived.

“I promise myself that I will spend what I can of the rest of my life making up for the lack of a knowledge that we may be literally dying for: not only of those mound-builders, or the Midwest settlements the size of London before Columbus showed up, or the southwestern tribes whose cliff dwellings have only recently been seen from helicopters – but also the modern Native novelists and poets and film makers who create with the double vision of what is and what could be, the tribes fighting against methane extraction and nuclear waste to save their land and our environment [ . . . ] and most of all, the chance to listen to the voices of indigenous women whose living version of The Way I have been glimpsing over three decades.”

This year, I want to give thanks to the Indigenous men and women who have graced me with their spoken word, their printed word, their dances, their music, their designs, their crafts, their art, their architecture, their reverence for Mother Earth, their spirit, their thought, and the example that they have set.  It has all enriched my life in a way that I wouldn’t have thought possible.  It has affected my practices and decision making at work, at home and in life, and it has altered my vision for the future.  For those beautiful gifts, I give my deepest thanks.

Italicized text by Gloria Steinem – Wheels Over Indian Trails – Introduction to Wilma Mankiller’s book Every Day Is A Good Day.   This was one of the best books that I read this year.  Steinem’s words in the introduction gave voice to my own feelings in a way that I’d never been able to express.

Grab – At the Movies – NMAI
This entry was posted in Just A Thought, Karen and tagged Every Day Is A Good Day, Gloria Steinem, Thanksgiving, Wilma Mankiller. Bookmark the permalink.