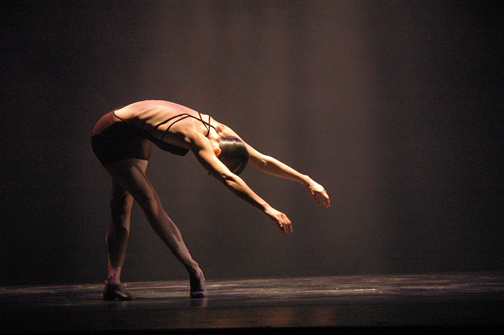 Peridance Contemporary Dance Company has been on hiatus since 2007 as the Peridance Capezio Center went through a transition, moving to new quarters with its own in-house theater.  In Fall 2011, the company re-emerged.  The concert that I saw at the Capezio Theater was a preview performance, leading up to a formal season this coming May.  The company offered a nicely varied program which showcased a group of gorgeous charismatic dancers and imaginative choreographers.

The program opened with an excerpt from Igal Perry’s Constructs for 4, beautifully danced by Shay Bares, Nikki Holck, Zach Thomas and Andrew Trego to the music of J.S. Bach.  As with much of Perry’s choreography, classical ballet is at the core, but the movement is very much contemporary.   Balanchine’s influence seems present during certain passages of this quartet, but Perry’s elegant formations speak in an updated voice with atmospheres that are more modern.  I especially loved the lifts, which seemed so effortless.  I was also taken by the way that the movement seems to open up so beautifully at moments when the strings reach the end of a phrase.  Perry’s choreography and this group of dancers are extremely musical.

Leading from Behind, choreographed by Greg Dolbashian, received its World Premiere.  It’s a modern piece set to electronic industrial music by Loscil.  The music is quite menacing and tension is building as the dance opens with one man standing apart from a group of five women.  The women line up shoulder to shoulder.  The line becomes a motif that reappears throughout the dance, and much of the featured movement stands apart from the line.  I especially liked one section in which the movement seems to spin off from or move through the line.  One or two dancers will work apart from the line and as the dance goes on, it seems as if a series of battles of the will ensue.  The choreography is clever and unpredictable.  This piece was performed by Peridance’s Youth Ensemble, a group of strong, confident and well trained students who show great promise. 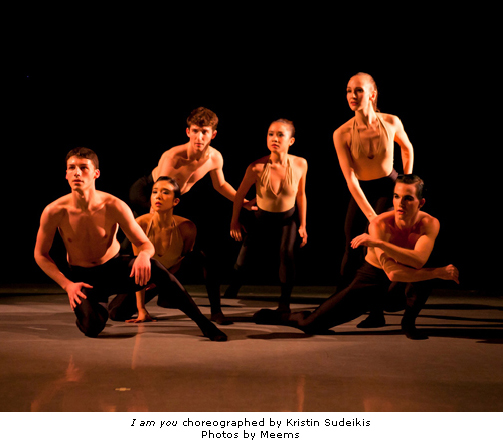 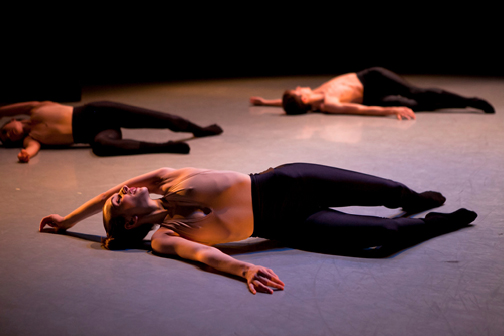 Kristin Sudeikis’s jazzy I am you was also given its World Premiere.  The dancers all wear black pants, but the men are bare chested and the women are wearing nude colored tops.  The dancers seem stripped down to explore issues of identity and influence, and the piece even includes Chorus Line type sections in which the dancers face the audience and speak to describe themselves, or perhaps to describe aspects of the human condition.  The piece had an uplifting Broadway feel and the audience responded with great enthusiasm. 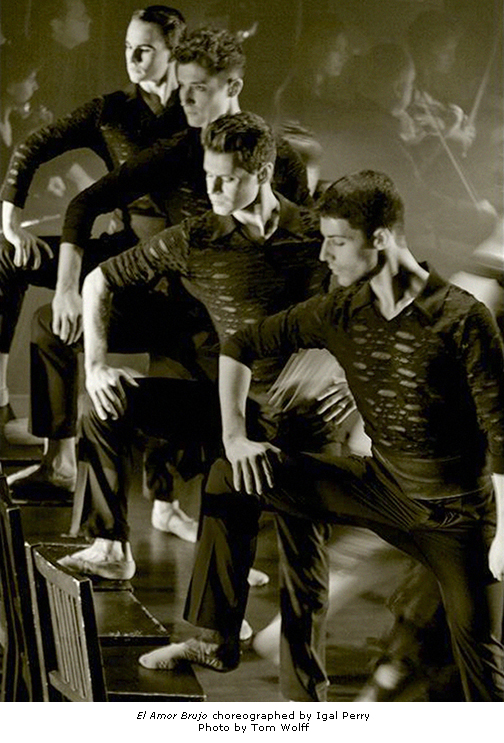 Igal Perry’s El Amor Brujo, set to the gorgeous score by Manuel da Falla, is a moving piece with a flamenco flavor.  It is touching, bittersweet and packed with emotion.  In the original libretto by Gregorio Martinez, the young gypsy woman Candela has lost her husband Jose, but Jose’s spirit continues to haunt Candela and won’t release her to her lover Carmelo.  Perry tells the story with a slight twist – he sees Candela and Jose as being divorced rather than separated by death.  Jose isn’t a ghostly spirit, but a physical presence in the story.

Nikki Holck’s Candela made my heart ache as she passes from her lover Carmelo (played by Attila Csiki) to her husband Jose (played by Andrew Trego).  With quiet gestures and Perry’s imaginative choreography, she clearly expresses two different kinds of love.  Though Candela and Jose are no longer together and have to move on, they embrace as if to respect the love they once had, even though they are now resigned to love each other from a distance.

Jose is a proud and masculine character, but beneath the surface he’s wounded.  I was really taken by the way that Trego’s movement revealed Jose’s vulnerability.  Joanna DeFelice is the very image of quiet strength as she dances the role of Lucia, the woman with whom Jose falls in love, allowing him to loosen his grip on Candela and let her go.  Attila Csiki moves with such elegance and he expresses such tenderness as the romantic hero Carmelo.  Some of my favorite passages in the dance are the ones in which the four characters move together at close quarters, with Candela weaving through the formation from one man to the other. 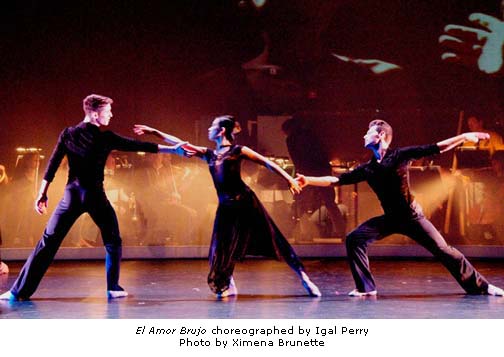 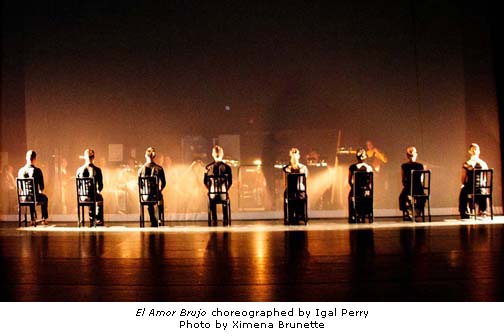 The ensemble delivers a very strong and stirring performance that really touched my heart.  What affected me most about this dance was the subtlety with which the story is told.  Perry and his dancers trust the audience and allow us to experience the emotion of the story without the use of cliched characterizations.  The choreography never travels in the predictable direction. The dance truly does do all the talking and the story unfolds in a beautiful quiet fashion.  I also appreciated the details.  When the focus turns to the main characters, the company fills out the composition with lovely movement on the sidelines.  Subtle lighting is used to strong affect too, in conjunction with projections along the back wall of the stage.

This is a wonderful dance that I’m looking forward to seeing again.

The Peridance Contemporary Dance Company will present its major New York City season this May, featuring works by Igal Perry, Kristin Sudeikis and Sidra Bell.  Be sure to see one of their shows at the Salvatore Capezio Theater.  Dates are May 5 and 6, 12 and 13, 2012.  Visit their web site  for further details.