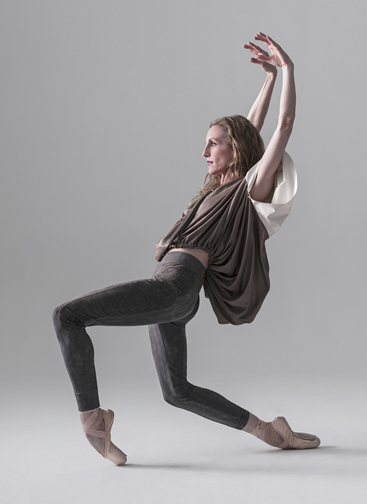 New York City Ballet principal dancer Wendy Whelan, will be appearing at Jacob’s Pillow this summer to present Restless Creature, an evening of new works created for her by four different choreographers.  At a Works & Process event at the Guggenheim, the audience was given the opportunity to hear Ms. Whelan and the four choreographers interviewed about the project.  They also presented excerpts of two of the dances.  Ella Baff, the Executive Director of Jacob’s Pillow, moderated.

Ms. Whelan sounded exuberant throughout the 90 minute presentation.  The works that she’ll be performing at Jacob’s Pillow appear to be off the beaten path of classical and neo-classical ballet.  Throughout the interview, Ms. Whelan spoke of the challenges as well as the liberation of moving into unchartered territory with these four artists.

The Works & Process event opened with a beautiful solo danced by Ms. Whelan and choreographed by Shen Wei.  After dancing, she talked about seeing a performance of Wei’s work eight years earlier, and then having the opportunity to work with him when Peter Boal brought the two of them together.  Ms. Whelan described Wei as being very clear in knowing what he wanted — she said that she loves to see that in an artist.  The challenge of stepping out of the ballet world to work with him was huge, but she couldn’t get enough.  Among the instruction that he gave her in performing his piece was the request “not to blink”.

There are long rests in the music accompanying the Wei piece.  She described the solo as being a dialogue — the pianist “conversing” with the dancer.  The dance is performed en pointe, something that Wei had to adjust to.  This drew both dancer and choreographer out of their comfort zones.  Wei kept asking her to do pointe work that couldn’t be done, but Ms. Whelan wished that it could be, so both artists focused on moving away from what was familiar.  They worked together toward the end of creating original movement.

In choosing the choreographers for Restless Creature, she looked outside the neo-classical world of New York City Ballet.  Kyle Abraham was the first choreographer with whom she chose to work.  She met Brian Brooks at the Fire Island Dance Festival.  She met Joshua Beamish in a ballet class.   She chose Alejandro Cerrudo of Hubbard Street, as she’s a great fan of the company. 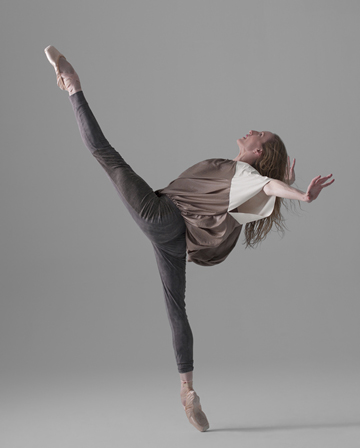 It was interesting to hear the enthusiasm with which she discussed the dancer-choreographer connection in the studio.  She said that there are times when she enjoys this work even more than she enjoys the performance on stage.  This is the part of the process that the audience never sees, so Ms. Whelan seemed especially happy that for Restless Creature, this connection that she experiences in the studio will move out on to the stage, as each choreographer will partner her in his piece.

She said that she is very comfortable in her role as dancer and isn’t interested in being the choreographer.  She likes to be “the paintbrush” and “mix the paints”, but she doesn’t want to be the one who decides where to put the marks on the canvas.

Ms. Whelan and Joshua Beamish performed an excerpt from his piece.  It’s markedly contemporary and very lovely, danced to a dramatic accompaniment which swells and gives way to quieter passages.  There is surprising original movement in the upper body and some interesting counterpoint.  I especially liked the small gestures of the hands and feet.

Choreographer Brian Brooks worked with Elizabeth Streb and is accustomed to extremes of movement.  He said that his choreography embraces physics and momentum rather than fighting against it, as most ballet choreography does.  He considers himself to be earthbound, whereas ballet tends to reach for the heavens.  He felt that in his collaboration with Mr. Whelan, she begins to bring him skybound, while he draws her back down to earth.  Ms. Whelan seemed very enthusiastic about performing his dance without shoes.  Later in the program she exclaimed, “I can feel the floor!  Taking the shoes off is like taking the bra off!”  She seemed to find artistic liberation in bare feet.

Kyle Abraham got his start in rave and hip hop culture.  He names Limon, Cunningham and Graham among his influences.  He asked Ms. Whelan if his work was challenging for her.  She laughed and told him that he could ease up on challenge part.  Of all the collaborations, this one seemed the most interesting to me, and I hope that I get the opportunity to see the dance.

Alejandro Cerrudo said that he made a deliberate decision to steer away from specific influences like Ohad Naharin and Jiri Kylian, calling instead upon the accumulation of all of his experience.  He admitted that before he met Ms. Whelan, he feared that she might be a diva, but he said that she made it easy for him to relax and focus on the work.  Much of his dance is the result of the give and take between dancer and choreographer, unfolding minute by minute in the studio.

Of partnering, Ms. Whelan said that it’s different for each couple.  A chemistry arises between the two, as a natural thing.  Even in an abstract dance, over the years a story will evolve within it.  It grows as a physical conversation. 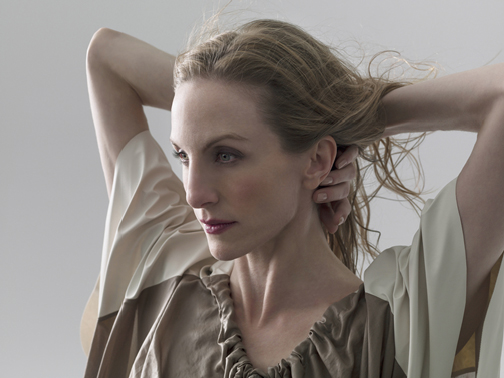 The program closed with an excerpt from Brian Brooks’ work.  Brooks is dressed in black against a black curtain, and at many points he seems to disappear into the darkness of the stage, even though he’s supporting Ms. Whelan’s weight so that she can appear to be defying gravity.  The movement of the dance kept rolling and it seemed never to stop.  I was taken by the originality and the quirky and clever voice of the work.  Much in the way Brooks had described their process, the dance seemed at once to be ethereal and other worldly, yet earthy.

The full world premiere of Wendy Whelan’s Restless Creature will take place in the Ted Shawn Theatre at Jacob’s Pillow Dance Festival, August 14-18, 2013. Tickets for the Pillow world premiere are on sale online at jacobspillow.org or at 413.243.0745.