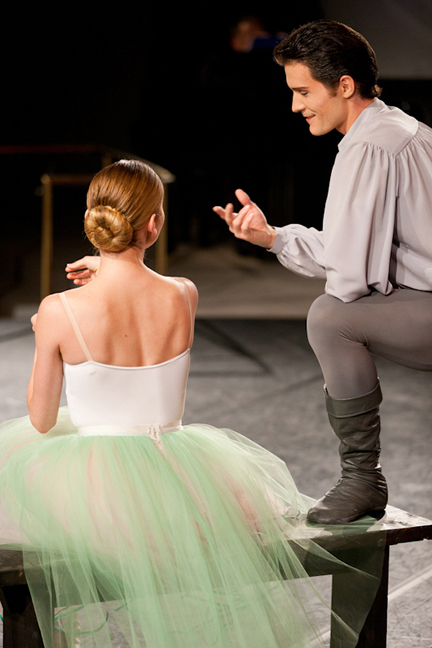 On Sunday night, I had the opportunity to view a live web stream of the Guggenheim Museum’s Works and Process from the comfort of my home.  The Pacific Northwest Ballet (PNB)  presented Giselle Revisited.

Before last night I had very little knowledge of the company.  I’d seen their Nutcracker on television and that was about it.  So it was wonderful to have a chance to see them in this setting.  Beyond that, I have never before had the opportunity to see a ballet deconstructed to the extent that the presenters (Doug Fullington, Marian Smith and choreographer Peter Boal) did for Giselle.  I was impressed by the extent of their research and the fascinating details that they unearthed and shared with the audience.

They opened by speaking of the history of Giselle and their work in reconstructing the ballet through the use of primary sources.  The audience had the opportunity to view images of the original music scores, which had been written in the dance studio, along with pages of Stepanov notation, which had been done for the entire ballet.  I’ve spent a fair amount of time in ballet classes and theaters, and I’ve worked behind the scenes with a small ballet company, but before I saw this presentation, I never truly understood the intricacies that were involved in this classic ballet.

The presenters also pointed out voices in the music and what they were meant to say, to accompany the mime and action in the ballet.  Mention was made too of this ballet’s influence on Balanchine.  He never created a Giselle of his own, but one of the presenters pointed out distinct  references to Giselle in Serenade and Baiser de la Fee.  I’ve seen both ballets several times, but before now I never understood the connection. 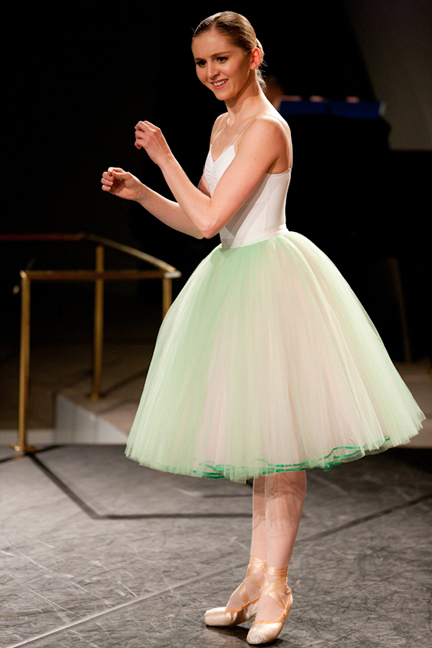 The dancers, Carrie Imler, Carla Korbes, Seth Orza and James Moore, were just amazing.  Technically, they handled complex and speedy footwork with apparent ease.  Artistically, they really became the characters whom they were playing, even during these short little excerpts from the ballet.  I was especially taken by the port des bras on the women.  Their movement filled the music so beautifully.

This presentation left me with a new appreciation for Giselle.  I can’t wait to see it again, and now I’m so curious about all the hundreds of little details and references that must go in to the creation of every ballet.  I’ll also be sure to see PNB when they come back to New York City. 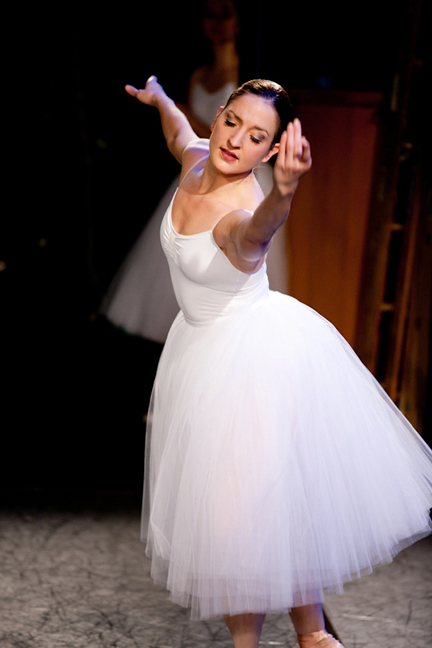 I am so grateful to PNB for putting together this presentation and to the Guggenheim Museum’s Works and Progress for streaming it over the web.  I feel that it’s presentations like these that will keep ballet alive and keep the audience engaged.  I also really enjoyed the chat that went on alongside the webstream, which was populated with some of my favorite bloggers and other knowledgeable ballet fans.

The best part of all was that when it was over, I didn’t have to trudge to the subway and look forward to an hour plus trip back home to Brooklyn!

The webcast is archived here.

All photos by Jesson Mata.